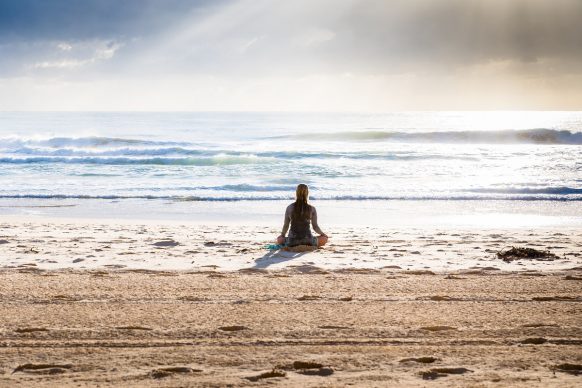 Wellness travel was recognised as the fastest-growing luxury travel trend in 2019 according to Knight Frank’s “The Wealth Report” which is conducted annually. And that looks to be a trend which continues in the final quarter of 2020 and will into 2021 research is finding. Travellers are looking more and more to relax in a carefree environment and to travel to a destination which is not just good for their physical wellbeing, but there is also a renewed interest in wellbeing travel that benefits mental wellbeing as well.

This is reflected in the hospitality market with wilderness cabin operators, Unyoked, eyeing off the further expansion of their business using the COVID19 tourism rebound. Twin brothers Cameron and Chris Grant launched Unyoked in 2016 to escape the hustle and bustles of the 21st-century megacity. Broadsheet had a chat to the brothers earlier in the year when they announced the 8-cabin expansion. “We realised our lifestyle and the amount we were working wasn’t congruent with a healthy lifestyle and how our bodies should be treated” Cameron stated during the interview.

Unyoked found its start in the NSW Southern Highlands with luxury appointed but off-the-grid cabins. The Grant twins shortly followed with a Victorian location just over an hour and a half from the city. The expansion will encompass three new cabins on the NSW Central Coast hinterland and tiny houses in Gippsland, Victoria among multiple other locations being eyed off by the brothers.

“They’re deliberately only two hours away because while it would be great to have these experiences off the grid and miles away, that’s tough to do so in modern life,” Chris told Broadsheet.

These next-generation eco-cabin and wellness resort concepts are becoming more and more popular in the post-COVID19 world with many employees of larger corporations and just normal people suffering from anxiety and stress connected to the COVID19 pandemic. Employment data shows that during 2020 most of the leave that has been taken was forced leave. This was taken as a result of COVID19 business closures or restrictions. Voluntary leave on the other hand is at an all-time low.

Experts, as a result, have voiced concerns about a burned-out workforce in the latter part of 2020 as a result. This is going to make an already flourishing wellness tourism sector even more important during the 2020/2021 holiday and new year season with many resorts already reporting an uplift in bookings. Resorts such as the One & Only in Wolgan Valley are reporting high booking numbers throughout December and near no availability between Christmas and New Year.

The Grant Twins from Unyoked also advocate using their getaway lodges as solutions to tackle issues like creative block. With desks and workspaces added to their accommodation as a result of high demand.

“A lot of people use the cabins to tackle their creative problems or blocks. We normally advocate disconnecting, but we’re also all for helping people be more creative, so this just lets them work more comfortably.” Christ told Broadsheet.

With most workers continuing the mandatory work from home requirement well into 2021, it’s not surprising to hear some workers are planning to make their escape and use it to work at the same time. Whatever the case, wellness tourism seems to be the main benefactor from the trend on the outset.