We acknowledge that we work on land for which the Wadawurrung people are the traditional owners and custodians. We pay our respects to their ancestors past, present and future and commit ourselves to work for reconciliation and justice for indigenous people.

Executive Travel Management is proud to sponsor Medimime productions, not only being a platinum partner but also contributing to their raffles.

Founded in Geelong, Medimime Productions Incorporated, an amateur theatrical group with a difference started up in 1974. Medimime was formed by staff from the Geelong Hospital. Originally, the annual productions were presented at the Plaza Theatre, but in 1981, Medimime’s production of Mother Goose opened the newly developed Ford Theatre at the Geelong Performing Arts Centre. Medimime follows the tradition of English hospitals, when an annual Christmas pantomime is presented by hospital and allied health staff, with friends and family filling in the spare roles. The theatre company also provides a social basis for staff to mingle and raise funds for the hospital, and improve ties between the hospital and the community.

Pantomimes staged in recent years include Aladdin, The Grinch, Sleeping Beauty, Sinbad the Sailor, Cinderella and Snow White & The 7 Dwarfs to name a few. The 43 pantomimes staged over the last 45 years have provided wonderful entertainment for the greater Geelong community and since its conception, Medimime has raised more than $500,000, with all proceeds from Medimime’s annual productions going to Barwon Health to fund new equipment and purchases.

Funds raised by Medimime Productions during the past few years; 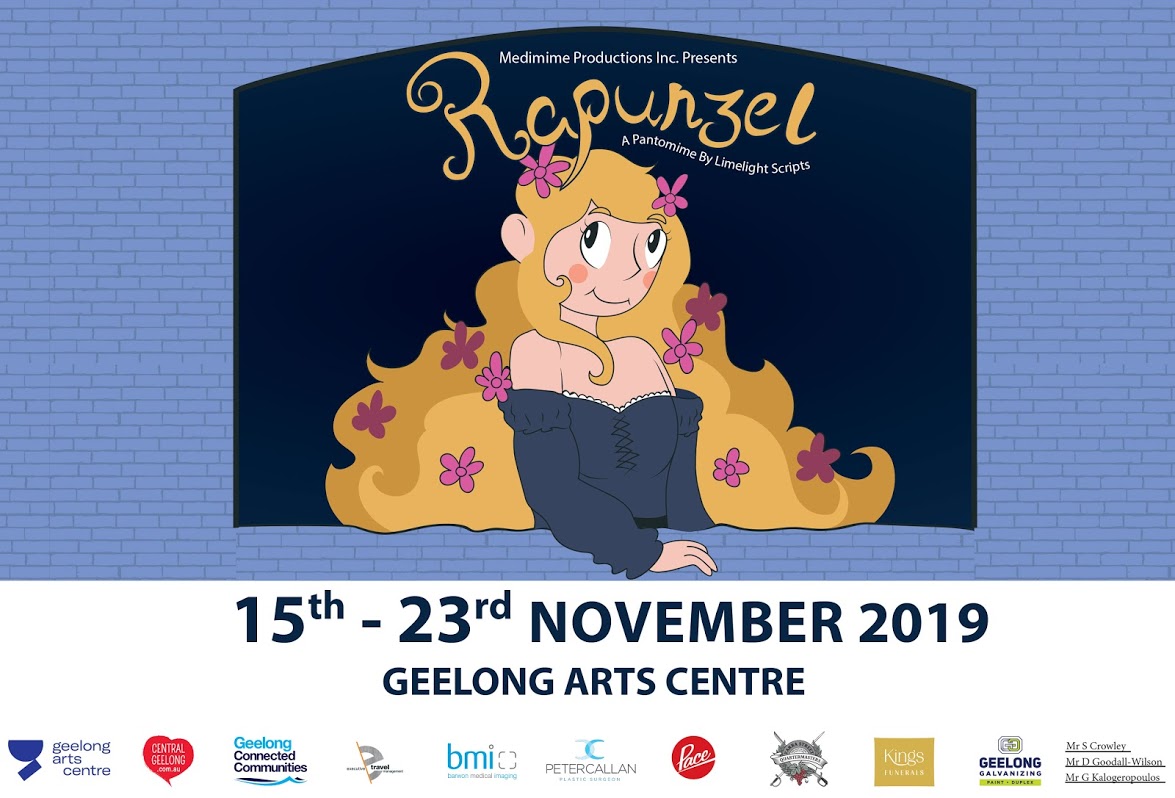 COTTAGE BY THE SEA – Queenscliff

Cottage by the Sea is a non-government, not-for-profit registered charity located at Queenscliff Victoria that provides inspiration, fun and opportunity for disadvantaged young people in a positive, healthy, seaside environment.

Their vision is that every child deserves a happy and a healthy childhood.

They offer children and young people inspiration, fun and opportunity through diverse programs offered in a wide range of environments. During their camp experience, they provide opportunities for building positive relationships with peers and adult role models to help participants learn and grow.

Ambassadors of Cottage by the Sea include; Rod Laver MBE,Curtis Stone, Patrick Dangerfield, Rebecca Maddern with Frank Costa OAM as its Patron.

Executive Travel Management are a proud platinum partner of Medimime Productions Inc. Medimime Productions incorporated in a non-profit organisation, established in 1974 by Geelong Hospital staff. Each year this group of volunteers produces pantomime’s in true English Christmas Tradition. For over 40 years Medimime has contributed over $470,000 towards vital medical equipment in Geelong.

The production of Aladdin in Dec 2018 will raise funds towards the Kids Appeal.

A LIFE-CHANGING REHABILITATION FACILITY WILL HELP MAKE DREAMS A REALITY FOR MANY GEELONG CHILDREN AND FAMILIES, WITH HELP FROM THE COMMUNITY.

The Barwon Health Foundation Kids Appeal will be raising funds for a brand new rehabilitation centre for Geelong children and youth. This exciting new project will only be possible with local support and will be fully funded by the community.

The state-of-the-art centre will include a gym, consulting rooms, a therapy kitchen, playground and private treatment rooms. It is hoped this project will reach its goal of $3 million within three years, through generous community support.

Executive Travel Management is a partner to Australia’s largest amateur theatre company:  CentreStage in Geelong. During this partnership commencing 2016, Executive Travel Management has provided multiple theatre scholarships for the northern suburbs of Geelong. In addition to the scholarships, we have facilitated corporate sponsorship to assist with costumes, sets and numerous elements for shows in 2017 including Chitty Chitty Bang Bang, Oliver, Cinderella, The Sound of Music, We Will Rock You and Bending Broadway.

At Executive Travel Management we believe that scholarship recipients not only learn their skill set yet more importantly  they learn the importance of philanthropy and giving back. Without the kindness of others, the road to achieving their musical theatre goals would likely have been much more difficult. Hopefully, this sentiment continues with them through life and they find ways to donate to scholarships themselves in the future.

CentreStage Geelong is located in North Geelong and provides a family orientated environment for performers, technicians and professionals to hone their skills both on and off stage at the Geelong Performing Arts Centre.

To find out how you can get involved and make a difference in a non for profit theatre company  visit the team at https://www.centrestage.org.au/ 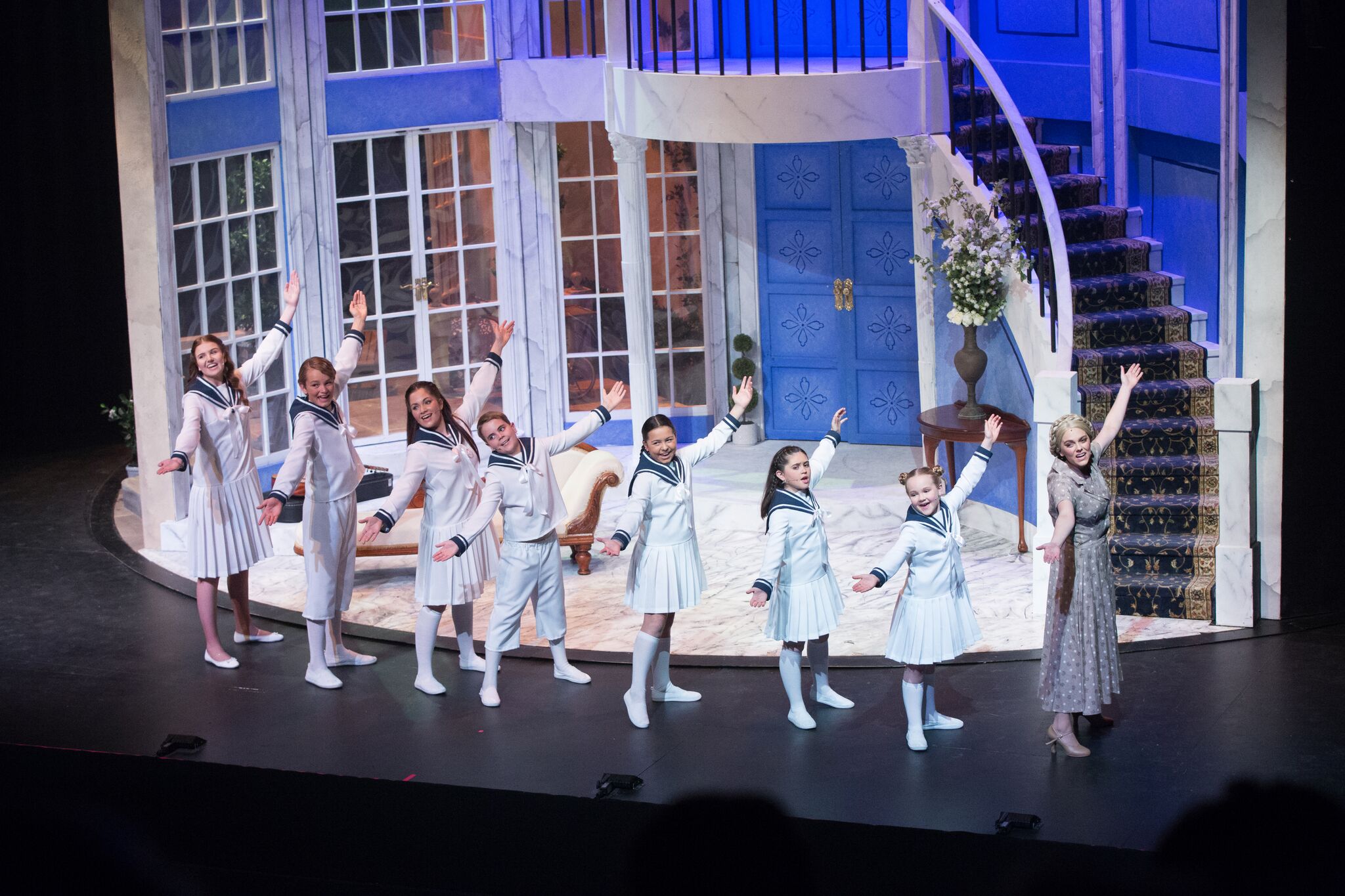 taste of harmony | SHARE A WORLD OF FOOD & CULTURE AT WORK

The intent of A Taste of Harmony is to support organisations and their workplaces to recognise the value that cultural diversity brings. One of the most effective ways to do this is through casual conversations over a meal. This campaign, over its history, has brought well over 5,000 workplaces together each year and at every workplace lunch table stories are shared.

Sharing stories enables us to get to know our colleagues better, to learn a little more about who they are and the interesting journey’s that everyone has brought to their workplace. 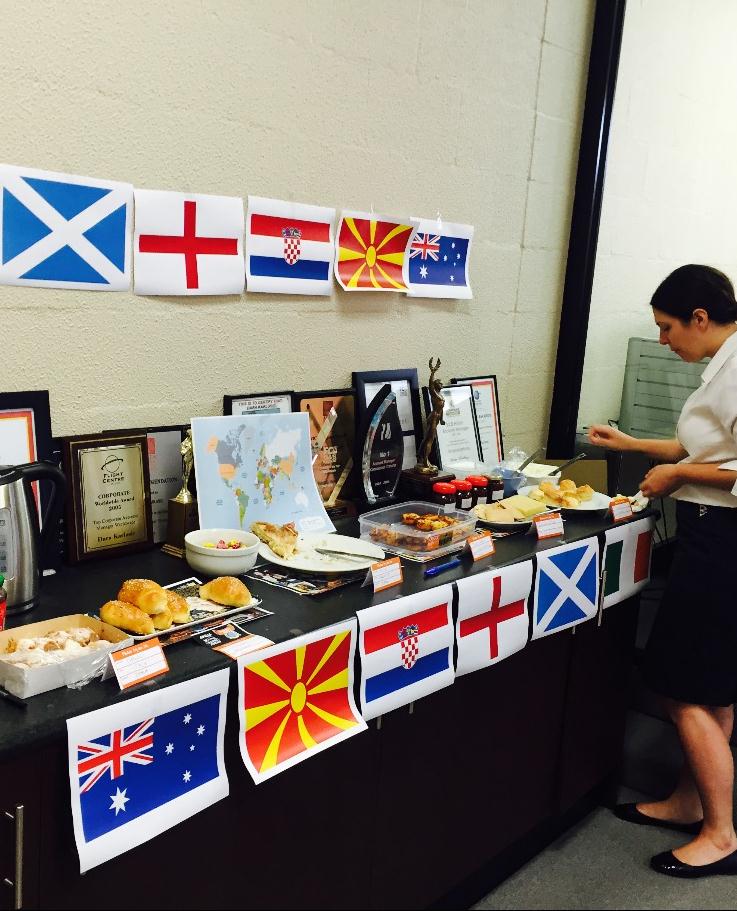 Executive Travel Management was a partner of the Committee for Geelong research project  in 2016 “Winning From Second: What Geelong Can Learn From International Second Cities”

The Committee for Geelong (CfG) released its international research paper “Winning From Second: What Geelong Can Learn From International Second Cities” on 23 November 2016. The paper was compiled with the assistance of the United Nations Global Compact – Cities Programme and RMIT’s Centre for Urban Research, and with support from the Commonwealth Bank.

The Plan Melbourne Refresh Discussion Paper recommends that Geelong be formally recognised as Victoria’s second city, and that proposals for accelerated growth be included in the plan.  To support wider Government policy thinking on second cities, the CfG undertook an international study tour to broaden its research on ‘Second Cities’ a nd gain first hand insight into how cities across Europe and the United States of America have achieved significant change and transformation following the decline of their previous main industries.

Click the image below to read the full report.

“Geelong is Victoria’s second city and proudly so. But second does not mean second best or second place; it means Geelong enjoys all of the benefits of being within arm’s reach of Melbourne but free from the constraints of big city living.”

“We visited cities with similar histor y and fabric as Geelong, meaning non-capital cities that have had to reinvent themselves following the loss of their prime economies, in most cases manufacturing.”

“We met with the cities’ leaders and the communities to better understand how different groups worked together to form their city’s new identity and facilitate growth, and we believe there are some key learnings that can be applied to Geelong” said Ms Casson.

Michael Nolan, Chair of the United Nations Global Compact – Cities Programme said, “The overarching recommendation of the “Winning from Second” report is for Geelong to engage in the development of a second city policy with the Victorian and Federal Governments.  This research highlights that there are significant benefits to be gained from a greater policy focus on these types of cities.”

Professor Jago Dodson, Director of the Centre of Urban Research, RMIT University said, “While focussing on Geelong, this research demonstrates the need for greater policy and planning attention to be given to second cities in Australia, which international experience demonstrates can be leaders in economic transformation.”

Each city produced valuable insights, and the research shows a number of recurring themes of value to Geelong’s transformation:

Ms Casson said “Looking at these ‘Second Cities’ we have learned that, to move forward, Geelong needs to further analyse its strongest industry sectors – such as technology, health and education – and increase its support to facilitate more growth in those areas.”

“Lifestyle and amenity is another big point, Geelong needs to continue to showcase itself as a fantastic place to live, with plenty of entertainment, leisure, culture and retail attractions, inviting more people to settle in Geelong” Ms Casson concludes.

Executive Travel Management is proud to support the work of The Streets Barber,  Nasir Sobhani to change lives of the homeless in Geelong and Melbourne.

Nasir Sobhani is a barber with an unusual clientele. When he’s not working at a trendy salon in Melbourne’s north, he’s giving haircuts and hope to the homeless. He’s known as the “Streets Barber”. “Sometimes, when you don’t care for yourself anymore, you give up hope and so when you give up hope you lose sight of what’s beautiful and that beautiful thing is yourself,” he said. “So if you can be physically beautiful then that can spark a change on the inner beauty.” It’s a labour of love for this reformed drug addict. After hitting rock bottom, he found a new addiction. “I get high, it’s simple as that.” he said. “I get happy, I get joy seeing someone else happy. So I think I benefit more than they benefit to be honest, so it’s almost selfish.” The Streets Barber made a guest appearance at the HoMie store in Melbourne. People lined the racks and business seemed to booming, but at this store the customers don’t pay.  The Streets Barber 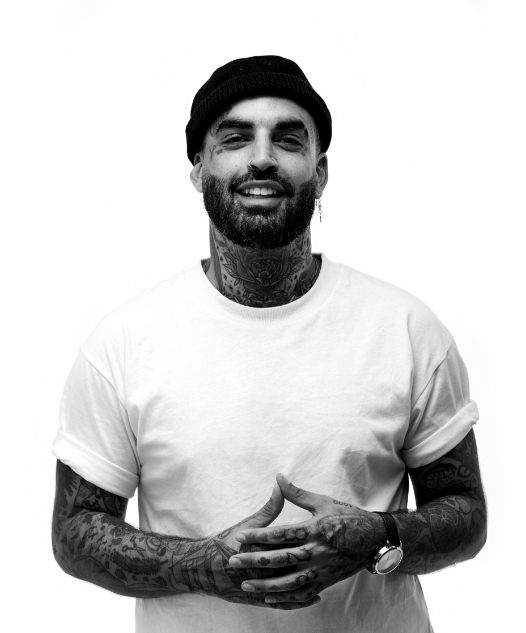