Where To Hold Your Next Melbourne Based Business Dinner? 09 Mar 21 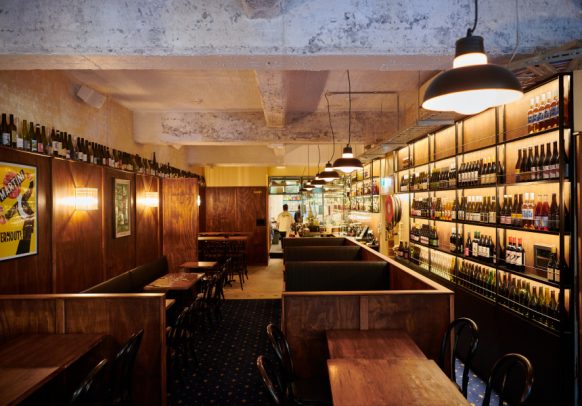 In the years since the opening of the Garden State Hotel, Melbourne’s hospitality scene has by-en-large been dominated by either smaller restaurants or accommodation providers (like the QV and Crown). But COVID19 has seemingly changed that trend in a big way. In the months since Melbourne’s second lockdown two bigger CBD venues have popped up and both are getting rave reviews for different reasons. The benefit to business here is that both venues have extremely strong function offerings as well.

In homage to regional Victoria’s extremely difficult 2021, renowned chef Alejandro Saravia has been working on an extra special 3-story CBD venue that is promised to support the communities of eastern Victoria. Communities that were worst hit by the 2019/2020 Summer’s bushfires. Farmer’s Daughters is a three-story paddock-to-plate diner on Collins Street. The venue features exclusively fresh produce from Gippsland and is based in a heritage-listed building that has been subject to extensive and expensive refurbishment.

Farmer’s Daughters boasts three different but equally exciting parts of the complex. A deli (the ground floor of the complex), a restaurant (the second floor) and a rooftop. And with those three separate parts of the complex comes separate menu’s and themes as well. The deli for example features a much more casual style of dining with the menu focussed on smaller but rich comfort food such as the Lakes Entrance crumbed fish with hollandaise or the Terramirra Park venison and pine mushrooms pie.

The restaurant features much more formal dining which patrons of Alejandro’s other venues are used to. Paired with darker surrounds representing evening and late-evening dining, the restaurant’s menu is very much for the fine diner with two degustations on the menu only but featuring some of the best modern Australian recipes there are. The rooftop finally is a drinks venue with a refined cocktail menu.

Another venue to pop up with less formality since the COVID19 pandemic is a joint bar-pizzeria that replaces Peaches and Cheek in Swanston Street. Self-described as an ultra-fancy RSL, Dom’s Social Club, alike Farmer’s Daughters, is a 3-story venue that again features dining, a casual bar and a rooftop bar. Unalike to Farmer’s Daughters, though, Dom’s is very much focussed on bringing classic Italy into the modern Australian pub.

The pizzeria section of the complex takes a swipe at modernising some brilliant and classic pizza recipes such as the Park Y Padron (combining Padron peppers and pork sausage) or the Mortadella (scamorza, fermented honey and lemon thyme). Something else which caught my eye on the menu (and I know this is not for everyone) is the potato skins loaded with goat’s curd, herb oil and Yurrita anchovies.

The second floor and the rooftop are dedicated to a casual bar and pub experience with the drinks and dining menus reflecting that along with the décor (additions such as the pool table and the blue patterned carpet only add to this experience).

These new mega-hospitality venues in the city are reminiscent of classic venues such as the Ivy in Sydney or the Burleigh Pavilion on the Gold Coast. Those venues in the past have also been particularly effective at attracting and executing business functions with many past brands partnering with the two to launch products or hold conferences. With that in mind, I look forward to seeing what can potentially come off the larger Melbourne CBD venues which are not based around the Crown or Southbank precincts. That to me is exciting for the Melbourne CBD’s future.