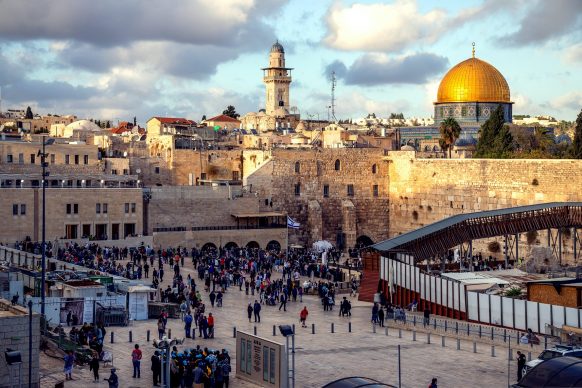 Last Sunday (the 7th of March) Israel hit a massive milestone in their vaccine rollout. They will have vaccinated a full half of their total population. And the research that is coming out of Israel in support of those vaccines is extremely promising as well.

Since starting their vaccine rollout almost a month ago, Israel has experienced a consistent dip in new daily cases of coronavirus and in deaths. But this is not the encouraging part of the research. Data supporting specifically the Pfizer/BioNTech vaccine shows that the vaccines are far more effective at preventing serious disease and deaths of Coronavirus than first theorised. In fact, among those who have been vaccinated, there have been little cases of serious disease at all.

As such, preparations are well underway to return Israel to its former status as both an economic centre, tourist centre and travel hub of the Middle East. With the Israeli Government looking at ways which they can protect high transit locations like Tel Aviv Airport and their national airline, EL AL.

Other Middle Eastern airline operators such as Emirates and Etihad who just prior to the COVID19 pandemic had for the first time started planning air travel routes between countries such as Jordan, United Arab Emirates, Kuwait, Bahrain and Israel (after landmark foreign policy agreements between Israel and those countries) are beginning to make plans to return to a semi-normal travel arrangement between Israel and those countries.

All of this becomes music to the ears of other nations who are neck-deep in vaccine rollouts worldwide such as the United States of America who now has 27.8 million of its citizens vaccinated (this equates to about 20% of the US population). Since Joe Biden has taken up presidency in America it has been mandatory for foreigners from specific countries to enter quarantine. The United Kingdom is in a similar position right now with the Oxford-based Astrazeneca vaccine which is being rolled out nationwide.

Both countries are experiencing significant drops in community transmission nationwide and whilst are a long way from eliminating Coronavirus have made a good start in combatting the virus. It also means a sooner return to international air travel with national carrier QANTAS now aiming for a return to international travel in October of 2021.