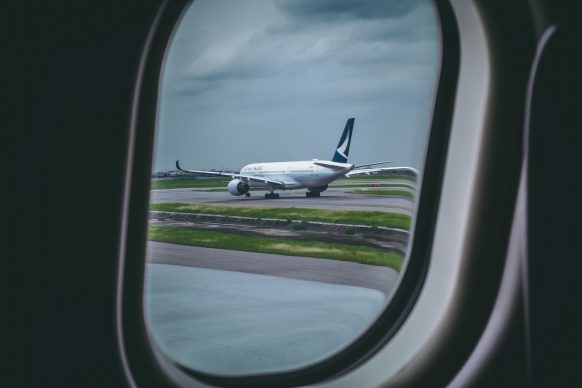 There was a time in the past when airlines were looking to bit by bit increase mass payloads of their planes. This push for bigger planes spawned planes such as the Boeing 747 and the Airbus A380 which both experienced long shelf-lives and at different points in history were the most flown planes on the planet.

But as airlines shift their ideals from that of volume to social responsibility many aircraft manufacturers have gone from offering bigger planes to offering smaller, more efficient, and longer distance planes. This has caused airline operators to rethink how they are treating international travel and especially in market segments such as the executive traveller. Where products were offered at three levels and in most cases were basic even at a first-class level, operators are now looking at how they can value add to those class levels and potentially achieve lower seat vacancies as a result.

The newest example of this is Cathay Pacific’s new conceptual designs for first-class on their post-2025 Boeing 777-9s. European design agency Yellow Window has mocked a luxurious design which has been shortlisted for the final product but also does not require Cathay to get skimp on space.

The design features individual cabins for each first-class customer which is reminiscent of first-class train cabins of past. Cathay claims the inspiration of the design was “Asian culture and a subtle quest for balance and harmony”. The design has been dubbed a luxury cocoon for first-class flyers.

“The materials and colours are inspired by the current contemporary Asian style and offer standards worthy of the greatest hotels but in the air.” Yellow claims in the proposition.

The cabin has multiple ways that it can be set up, with one being a multiple person lounge, another being a dining area and the most exciting being a bed set up with space akin to a king single bed. The cabin also features a large amount of storage with the entire area under seating able to be used.

The design also allows for three cabins across in any one row of the Boeing 777-9, meaning that Cathay does not need to cram seats in the other areas of the aircraft to make up the shortfall. All cabins also have a ‘window shade’ to provide privacy for each individual traveller if and when they choose to rest.

Multiple other airlines are conceptualising and some trailing similar ultra-luxurious cabins for their first-class products with Air France producing a design which is similar in layout and concept. It does signal the shift of what is more to come with Singapore Airlines, Emirates and Etihad having already previously trialled and offered first-class suites in the air. It looks like many others are to soon join them.