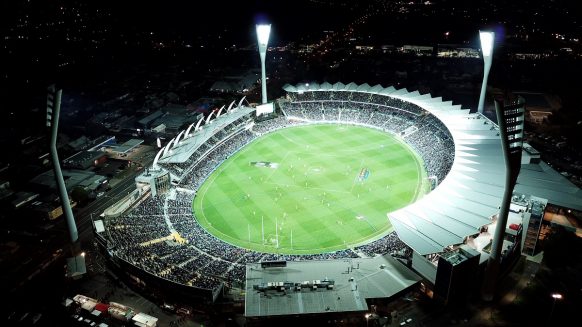 2021 and sports got off to cough and splutter start with the Australian Grand Prix (held in Melbourne) getting rescheduled to November and the initial AFL rounds experiencing problems with state-based COVID-19 zoning excluding travellers from grounds once they’d already arrived at the location.

As 2021 has progressed though it’s started to look like Australian sport is stronger than ever. Reports have claimed that the current average attendance at the MCG is 40,000 compared to 53,000 in 2019 (a drop that is as a result of crowd caps at the football). But the crowd numbers are far more consistent than in previous years and the classic ANZAC day clash has already been sold out with the Victorian Government due to make calls on crowd cap lifts before the weekend’s game.

Even more shockingly almost 55,000 punters turned out last weekend at Perth’s Optus Stadium in a Collingwood and West Coast showdown which has spurred on the belief that the MCG is ready for its full 100,000 fan capacity again.

Local sport has also been experiencing a resurgence in popularity with local media covering those events more frequently and specifically. AFL Barwon in Geelong has experienced a significant uplift in game attendance and club by club ticket sales during the 2021 season. This was similarly reflected in local cricket games during the summer season.

This positive data is helping decisions at a State and Federal Government level to support major infrastructure projects such as changes in the Albert Park Formula 1 track which is set to debut in late November of 2021. And potentially going to help airlines and accommodation providers in the long term make decisions around availability during those peak periods of sporting events. One thing is for sure, Australian sporting events are back in a big way.