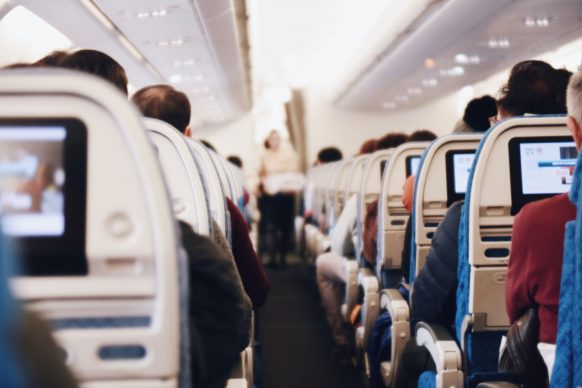 QANTAS CEO, Alan Joyce, has argued today against a “middle seat free” policy which is rumoured to be a requirement of future social distancing restrictions on travel. Theoretically, the policy could cut flight capacity on airliners by more than a third.

Most airlines currently have been enforcing some description of a “middle seat” policy voluntarily up until now. But with the Australian Government’s COVIDSafe exit plan on the horizon for all states and territories, many airlines are now making their own plans to return to business as usual for flight paths.

“The social distancing rules are supposed to be 1.5 metres. If you did that, you’d have very few people on an aircraft and the airfares would have to be very high.” Joyce told ABC’s 7:30.

QANTAS and Virgin Australia have been operating limited FIFO and repatriation flights overseas since the initial international and national travel bans were enforced thanks to the COVID-19 pandemic. Those flights that are still being operated have also filled the middle seats (and every seat) on the aircraft. This has occurred thanks to stringent and deep cleaning measures enforced by the airline.

“There’s been no known transmission of COVID-19 passenger to passenger or passenger to crew, and there’s huge tracking been done on that in this country.” Joyce continued.

“We have the protections of how we clean aircraft, and if we put other protections in place, we think we can make a case and to make that absolutely secure and give people confidence that it’s very safe to travel.”

The International Air Transport Association has supported QANTAS’ approach to a social distancing restriction for an aircraft, stating that evidence for virus transmission on an aircraft is “low even without special measures.”

The IATA also adds that ceiling down airflow within the cabin helps reduce potential of transmission and the conditions are “not conducive to respiratory droplets” spreading in the same way as other indoor environments.